We saw more than buildings and buildings and BUILDINGS full of guns and ammo at the IDF Museum while in Yaffo the other day. The Old Yaffo train station is a lot like the Ferry Building in my beloved San Francisco; delightfully charming and packed with wonderful shops, yummies and designers--not to mention a goat statue or two.


We strolled along the seaside while brides had photo shoots and surfers bobbed around in the water. Samson and his cousin ran around battling imagined crusaders and continued their six-year dialogue in different languages, only rarely getting frustrated that the other had no idea what the one was saying. 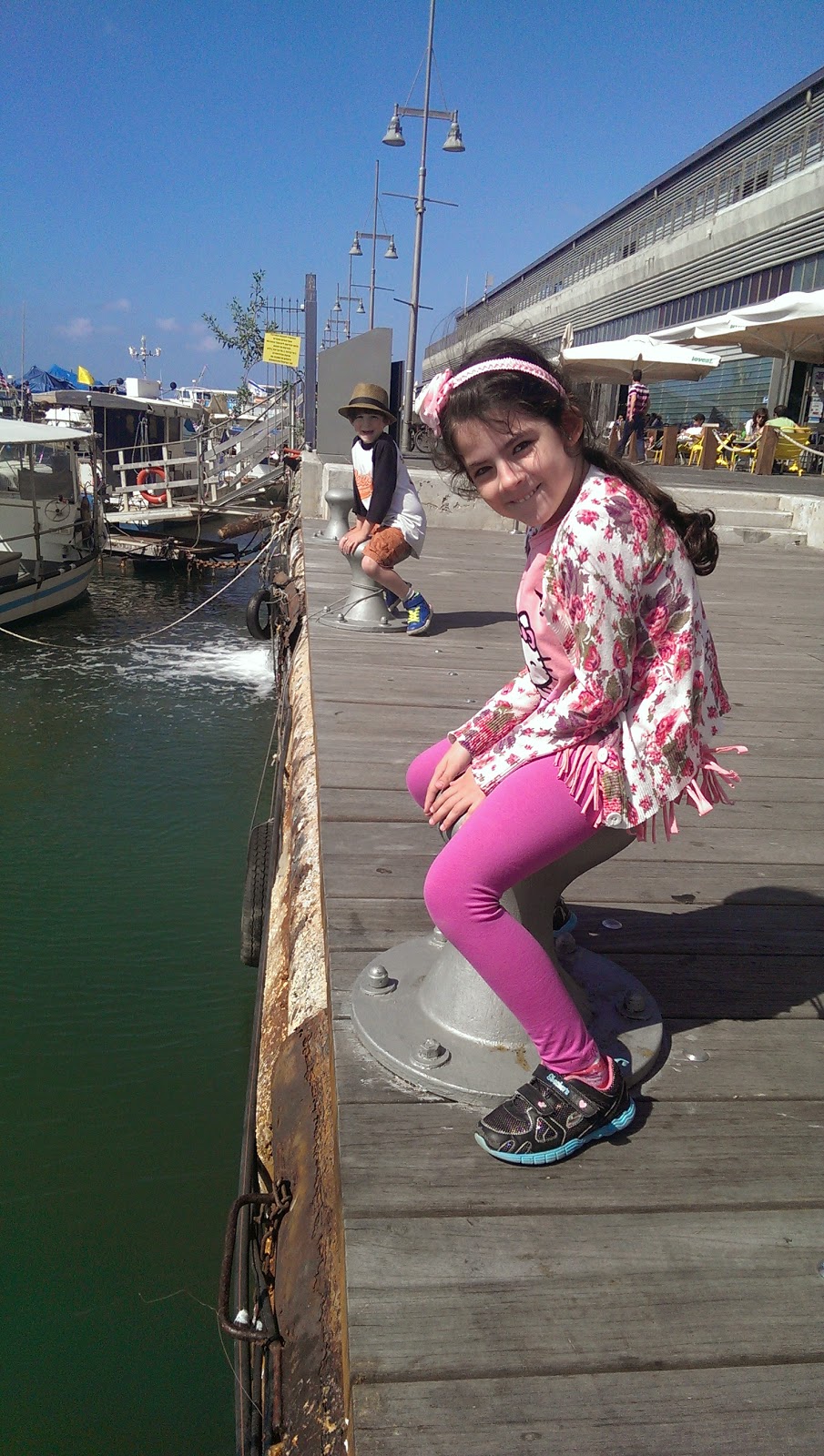 The food. THE FOOD. For the love of all things holy, the food in Israel is unreal. Sure it helps when you lock your low-carb ways in one of the long term storage lockers at SFO at your departure, but I still have to say it: Israelis have little bowls of table salads down to a science.

Take your fluffy as a cloud pita, stick into any of the dozens of bowls in front of you and sample your way into a tahini and sumak tinged coma from which you can only be awakened by one thing: gelato.

So obviously, we're having a crazy awesome time here, as per usual. The food, the family, the friends--all are amazing and make for an incredible vacation.

love the updates and the smiles and the ammo and the FOOD. lookin good, girlllll