Finally, after months of perfectly acceptable but hardly tank top worthy weather, Indian Summer (also known to us Bay Area folk as "real summer") is upon us. Every year, Mother Nature waits until all of the annoying youth are back in school and then unleashes upon us six amazing weeks of 90+ temps, the occasional dramatically humid thunder storm, and cool morning fog that quickly gives way to BBQ friendly afternoons. This will last until Halloween, when the chilly nip of autumn will grace our presence for about a month before plain old winter takes over until late April. Guh.

Sometimes this is may favorite season, this late September/early October perfection, but it's hard to compete with autumn (or any season that involves Thanksgiving dinner). Misty, cool, sweater-wearing late November rocks. But having just had my in-laws over for an outdoor brunch where nobody needed a sweater (heck, the baby didn't even need pants), and knowing that the pool at the gym won't be chock full of camp goers tomorrow like it was allllll freaking summer long...well, that rocks X 1,000.

Sure, sometimes I'm envious of people who live where the trees actually change colors instead of just going naked all of a sudden (Maggie), or where it snows occasionally (Dedi & Miriam), or even where it snows way too much (Richmans), but on a day like today, I just can't complain. And that's saying something.
Posted by Deborah at 1:03 PM 1 comment:

Dear Play School: Will You Marry Me?

Just a quick update: play school ROCKS. There were some tears when I tried to make the kiddo stand still in front of our house for a photo op, but once we actually got to school, it was all "let's see how many toy trucks I can fit in my mouth" and "look how hard I can though gravel at that kid!"

Samson loved it, and of course I had to drag him away from the toy vacuum cleaner when it was time to leave. Neither of us can wait to go back.
Posted by Deborah at 1:17 PM No comments:

What, what? Is he even two yet?

No. He is 22.5 months old, and has already been accepted to Harvard. Lucky us!

The thing that starts tomorrow, the thing that we have been referring to as "school" is actually two two-hour days per week of throwing sand, riding trikes and eating play dough. It's kind of like junior preschool, or maybe play school. It's also a parent cooperative, so he's someone else's problem now, in addition to my own. It takes a village, right? It's less casual than a playgroup, but not as advanced as preschool. My hope is that it will a great place to learn new and exciting ways to tire him out and that we can all make some friends who won't soon tire of listening to me talk about being the parent of a toddler. Because that's pretty much all I talk about these days

I haven't really considered this to be any bigger of a deal than swim lessons, baby gym, or any other regularly-scheduled, paid enrichment activity we've done so far, but as tomorrow edges closer, I'm definitely feeling like my little baby is somewhat less of a baby these days--which is, of course, bittersweet.
Posted by Deborah at 1:29 PM 2 comments:

I could write 50 million blog posts about the fun things we did in Minneapolis, and it would still fall criminally short of describing the actual amount of fun we had. It was awesome. Stupendous. Heart warming. Impossible to describe with mere words or even with 748 photographs. But here are some highlights. 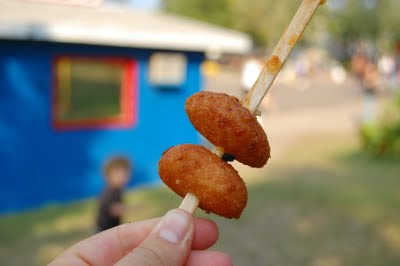 Fried macaroni and cheese on a stick! 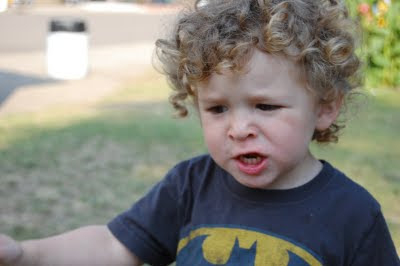 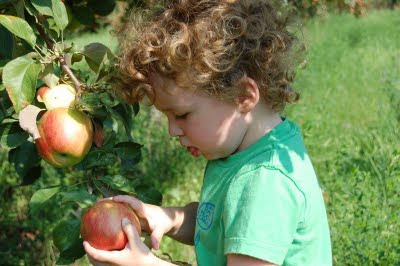 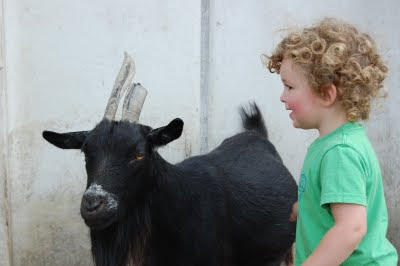 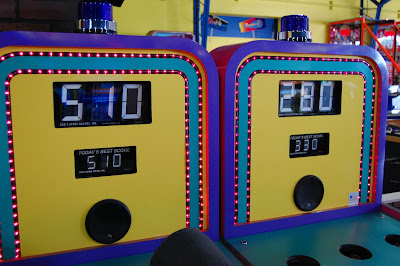 The high score of the day for Whack a mole!
Posted by Deborah at 4:23 PM No comments: