We're off to Tahoe this weekend. Going to take the kiddo on some little hikes, play at Donner Lake, spend some time with our good pals before they have a munchkin of their own and turn into sleepwalking milk factories for a few months before regaining their (severely demented) sense of self. Fun!

Max has been in NYC this week. Despite his being sorely missed by his doting wife and child, this is one of the better single mom weeks that Samson and I have spent together thus far. It's partially because of the kisses--finally! Now when he comes at me with his mouth, it's not to bite me--and partially because of his unbridled enthusiasm for, well, just about everything. Any question I ask him is answered with a wide-eyed, emphatic "yeeeeeeeeaaaaaaaaaah" along with a nice head nod. And there's nothing more fun than driving around, pointing out every bus ("Bus! Bus! Bye, bus. Bye."), train, truck, and car we pass. It's been a really terrific week with him. Hooray for us!
Posted by Deborah at 9:05 PM 2 comments:

After two weeks--no, wait, let me rephrase that. After TWO FREAKING WEEKS of the runniest nose you ever did see on a 19 month old, Samson has finally been allowed back at the child care center at the gym.

Oh, happy day, oh glory of glories, oh magical moment where I park the stroller, usher him through the door that leads to plastic castles and tiny cars, and close the door without EVER LOOKING BACK, oh how I missed you. Even the stupid exercising part, which I suppose must be doing my body some good, because after my enforced two week hiatus, today my arms felt like wet noodles and my legs like rubber bands. Even typing this post hurts my abs a little.

The actual cold only lasted 3 days. What a three days it was, mind you--cranky, sleepless nights, green snot, all the fun stuff. But for two weeks after that, the kid was spunky, energetic, and just fine. Except for the never ending river of yellow mucus flowing freely from his nostrils. It was, of course, during this time that he decided to begin calling me "mommy," except it sounded more like "bumby" or "nummy." For a while, the word morphed into "mummitz," which has to be the coolest mommy nickname ever, right? I mean, I nearly went to the DMV to secure my vanity plate.

But he's been snot free since Friday, so I felt it was safe to return to the child care center, without the fear that I would be scolded in front of the other mommies whose children did not look like booger monsters. It's not (heh heh) that I would choose to infect other kids just so I could get an hour away from the boy, don't get me wrong. It's just that the pediatrician swears up and down that after 3 days of no fever and no green snot, toddlers are not contagious, and that even so, the runny nose can last for 2-3 weeks. But I've seen the child care center ladies give other parents their runny nose tongue lashings, and, while I don't blame them necessarily, it's hard to forgo that one hour a day where Samson is somebody else's problem.

He also learned how to blow his nose during the "illness," although he hasn't quite mastered the connection between nose blowing and the use of kleenex. Which was extra adorable at swim class last week. Ahem.
Posted by Deborah at 8:40 PM No comments:

Almost, but not quite

Wow, it sure is easy to slip back into that whole never blogging mentality again. But I caught myself just in time. And I will make up for it with a blast from the past. Prepare to have your mind photographically blown, yo.

And then there's this guy.

And who could forget Mr. Mustachio?

That was fun!
Posted by Deborah at 7:04 PM No comments:

Max took the day off today and we braved the marine layer and went to Fairyland in Oakland. Fun! I have distict memories of coming here as a kid--there are boxes in front of the little fairytale sculptures and playhouses what not and you get a special plastic key which activates the boxes so you can here the story that goes with the exhibit. Very cool. So we paid our extra $2 for the plastic key, and when it had a crown for a handle, I commented on how I remember it having an elephant for a handle. That's when the ticket taker lady through my already shaky memory neurons into a tailspin by informing me that the elephant keys were for the zoo, and that Fairyland had always had crown keys.

I was literally speechless for a moment as my brain replayed a handful of my childhood memories and tried to accept the fact that they were incorrect. I mean, once she said it, it made sense. Why would an elephant be the mascot of a fairy tale themed park, anyway? Nonetheless, I felt betrayed. I'm pretty sure that blue plastic elephant key had been my prized possession at some point.

But I'm strong, my inner child is resilient, and we proceeded to have a fine day chasing the kiddo around the brightly painted park, stopping to point out every pigeon ("Duck!") and to climb inside many a tiny house. Behold: 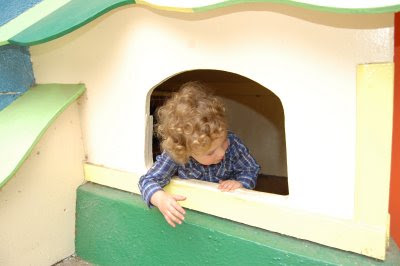 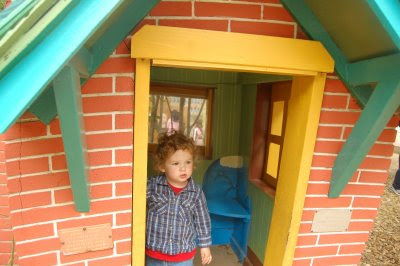 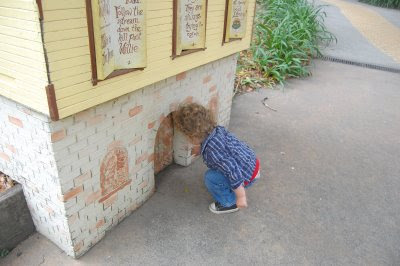 There was also some running in the grassy fields around Lake Merrit: 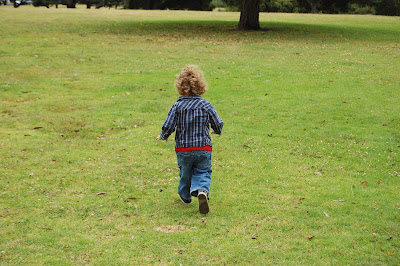 Even more fun ahead this weekend with all kinds of out-of-town friends and family. Uncle Paul and Aunt Kristy are here from Brooklyn, and Auntie Mir is here from Portland. Hooray for airplanes!
Posted by Deborah at 8:28 PM No comments:

It's Just That Kind of Day 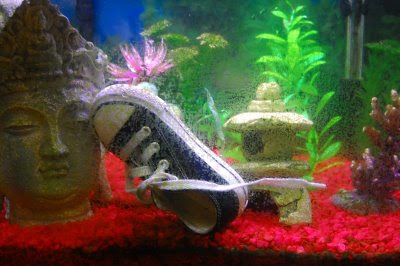 In my book, summer is officially here. We barbecued not once but twice today, had fresh fruit for breakfast and dessert, and we walked to the farmer's market this morning. That's about as summer a day as you can get. And the best part is this ridiculous bread and sauce that they sell at the market...it's so good that I might short out my laptop from salivating.

It all comes down to the food. Holidays, special events, seasons, milestones. I may not remember much of what the Rabbi said at my son's bris, but I'll never forget the chicken livers my mom made.

Speaking of my son, we went to the park yesterday to feed the ducks. 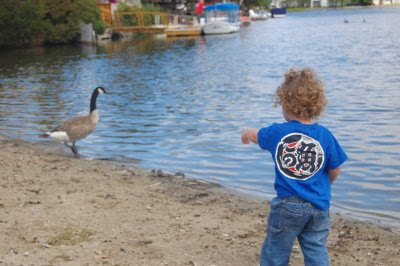 Apparently, since I was a child, someone has replaced all of the ducks with geese. Ozzy was vigilant and protected us from these giant birds of prey. 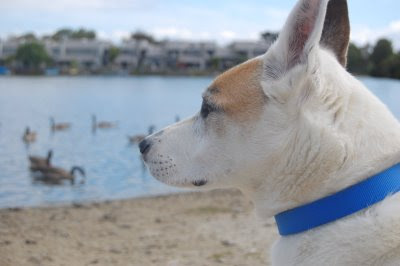 Samson had fun, switching between goose poop inspection and the jungle gym. 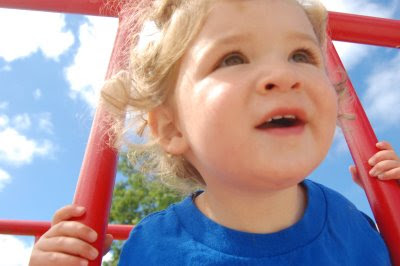 I know, you're all, what? She blogged twice in one week? And posted pictures?? What gives?

My dedication. To you. That's what gives.
Posted by Deborah at 9:03 PM 1 comment:

Just watch as I start paying attention to my blog again. I'm ready. Seriously. Why are you laughing?

It's hard to concentrate with all of these wounds. These, toddlerific, bite-sized wounds. On my leg. And my shoulder. And my chest. Ow.

Just waiting for the red velvet cupcakes to cool so I can frost them (don't get all excited, they're Hungry Girl.). And then eat six of them before bedtime.
Posted by Deborah at 10:12 PM No comments: