Ah, in just four short hours, Max will be home from his month long business trip to Europe. Because I am a mean, heartless bitch, I have taught Samson to say "Who are you?" That'll teach him to spend his days earning money to support our family.

It will be so great to have him home. As much as I've enjoyed having the whole bed to myself, sole power over the remote control, and a COMPLETE AND TOTAL LACK OF CALL OF DUTY 4, I've really missed the big lug. He's an integral part of this family, a dinner-making, recycling-taking-outing, bath-giving part. I'm starving, there is a huge pile of aluminum cans in the kitchen, and the baby smells like ass.
Posted by Deborah at 7:59 PM 1 comment:

If you're happy and you know it clap your hands

Over the weekend we had our first trip to the emergency room. Everyone is OK, and I forgot to take pictures. Samson had a fall and had bumped his head, and the ER doctor assessed the situation.

ER Doc: "Well hello there, Samson. Aren't you cute. Can you do the wheels on the bus go round and round?" (ER Doc makes rolling gestures with his hands)

Samson: "The wheels on the what now?"

ER Doc: "How big?" (ER Doc stretches out his arms, and is apparently waiting for Samson to stretch his arms out as well) "So big!"

OK, so apparently I'm supposed to by singing these gesture-filled songs to him, and not just watching the Today Show with him. Between Sunday morning and now, I have sung the Wheels on the Bus, oh, about 30 gajillion times. And he really likes it. And that's the kind of parent I've been so far. Oh, I'm supposed to be doing something? Oh, he's supposed to start drinking milk? I'll get right on that. Right after naptime. It's not that I don't try or care, because I care as much as anyone can care about something, and I try hard, damn hard.

Here's the thing. When I was about 7, this wonderful perfect thing called My Little Pony was introduced to the world. And they were perfect. Especially Moondancer and Surprise. They were the prettiest, most beautiful ponies ever to grace the earth. Then, one magical year, the marketing geniuses behind these perfect ponies invented BABY PONIES. And I remember watching the commercial that announced the sparkly new arrivals, and I was SO. FREAKING. EXCITED. And when I got Baby Moondancer and Baby Surprise for Chanukah that year, I was happier than I had ever been before. I felt that everything was right and that the world was a friendly and exciting place. I could do anything and everything was possible. I still get that feeling when it's sunny and crisp and autumnal. I get that feeling at dusk when it's dark and foggy and M. Ward is playing on the stereo. I get that feeling after it rains and I can smell the eucalyptus tree in the backyard. 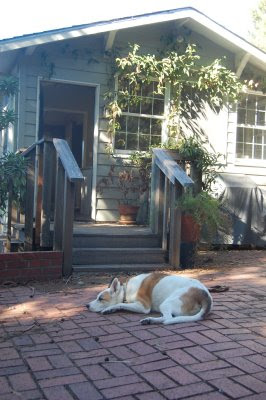 Again, I will sing the praises of the nanny share. I was able to get the house cleaned up enough to day so that I could take pictures! They are plentiful, and they're here, but you have to promise to ignore any piles of clothes or yet-to-be unpacked boxes. Ahem.

It's reverse floor plan, so the two bedrooms (master and kids) are on the ground floor and the living room, bathroom, kitchen, dining room and office are upstairs. The whole thing is on a hill, so the backyard is accessed via the kitchen or dining room. There's no garage, and there are 56 steps from the driveway to front door. Can you say buns of steel?

I love this house. I need to say thank you to everyone who listened to me lament about where to live and whether or not to buy, and for all of the advice that you gave me--my family and friends rock.
Posted by Deborah at 7:23 PM 2 comments:

It's the most wonderful time of the year

If having Samson was the best thing I ever did, then finding a nanny share is the second best thing.

For five hours a day, three days a week, I AM FREE. Free to water houseplants and unpack boxes of place mats and WD-40. Free to run errands and go grocery shopping and actually get through the whole store without any screaming. Free to pay bills and post pictures and answer emails. Free to remind Ozzy and Nanna that I do love them and that I haven't forgotten about them. Free to look fruitlessly on Craig's List for my part-time dream job. IT IS AWESOME.

And then there's the guilt. It wouldn't be my experience if it didn't involve guilt, right? Still, it's been two weeks now and I haven't let the guilt spoil my rockin' good time. Really, it's just enough time to take care of business and slowly settle into the new place--of which, by the way, pictures will be coming soon, because, you know, now I have all this free time. The best part is that we started the nanny share the day Max left for a month-long business trip. There is no way I would have made it through this month so far without the nanny share. And Samson really seems to enjoy spending time with his new little friend, an incredibly intelligent 15 month old girl with a kick ass smile. It's good that he learns what little kids are supposed to do. Up until now, he's assumed that everyone spends their days watching the Today Show and reading Goodnight Gorilla over and over again, which I suppose is a pretty accurate representation either way.
Posted by Deborah at 7:39 PM No comments: 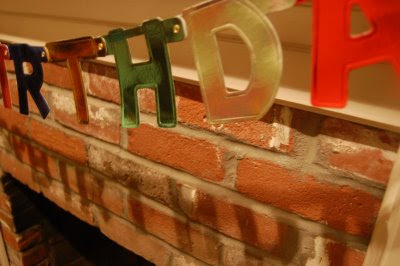