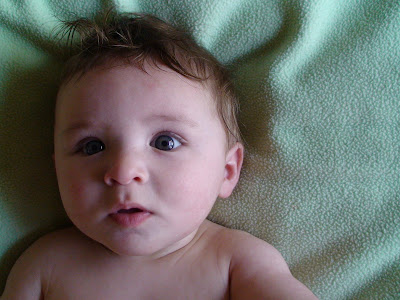 Five plus one equals THE MOST KICK ASS of all months thus far. Month six is officially my all-time favorite thing, beating out long weekends and bacon.

Where to begin. So much terrific stuff happened this month, I don't even know where to start! Fortunately, everyone loves a good top 5 list.

1. Samson stopped crying during every baby boot camp class. Up until this month, baby boot camp was great for me, physically and mentally, but not so great for Samson. He pretty much fussed, cried and screamed the whole time, and my saint of an instructor would take pity on all of us and pick him up and console him. It wasn't that I was ignoring him, but I was mostly just zoning out and trying to pretend that he was going to stop any moment now. It was pretty much the longest 75 minutes ever, three times a week. 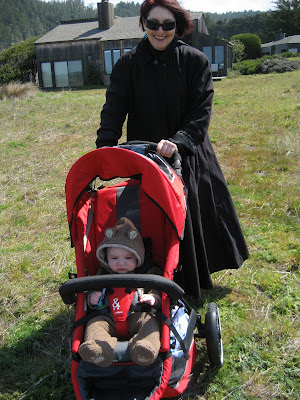 This month, I tried letting him sit in the stroller, sitting up and facing forward, and not in the car seat. Last time I tried this, he screamed as if the seat was made out of shards of glass. But this time, he was quiet and content, even a little bit happy! Throughout the whole class! And has been for four consecutive classes! Score!

2. Sitting up on his own. Oh my lord, this is the most awesome thing ever. Still not mobile, so I don't have to baby-proof my gun cabinet and vodka collection just yet, but a nice little pile of baby, sitting there and grabbing things and putting them in his mouth. And smiling! Clearly, spending six months laying on your back has got to be annoying, and there's nothing better then eye-level cats. 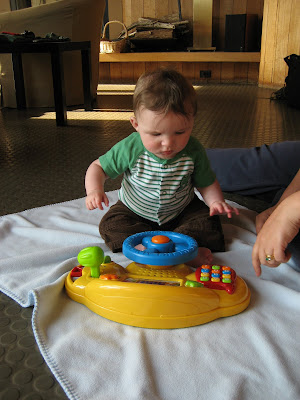 3. Flying to the Midwest. I love to travel as it is--including going to the airport, going through security, all that stuff. It's like a game to me, and I love anything that involves fitting all of your stuff into arbitrarily sized plastic bags. Yes, I know this is weird. So going through the already problem-solvingly fun task of flying with a baby was like extra double bonus fun for me. As it turns out, the baby crying in public is like the absolute worst thing for me, ever. Period. So traveling with a 5 month old became an additional game of do WHATEVER IT TAKES to keep the baby happy and quiet in the airport, on the plane, etc. I think we did pretty well. 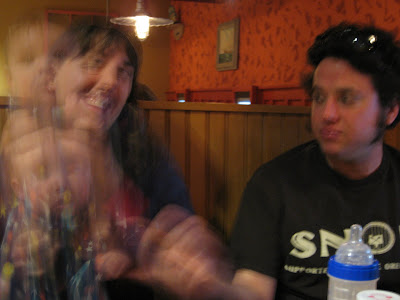 Of course, visiting friends and family was awesome as well. I do love to show off this adorable little baby.

4. More food and prune juice. It turned out that Samson had lost a few ounces, and that's just not right. So the doctor had us increase his formula in both quantity and frequency. Plus, we added an ounce of prune juice to his morning bottle. That, my friends, is the recipe for a happy baby. Need I say more? 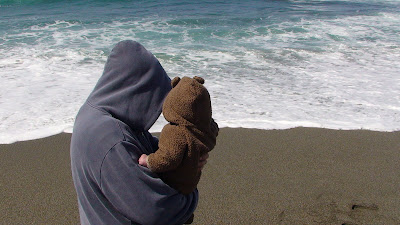 5. Spending two weeks with Israel Safta. Max's mom came out for her annual Passover visit, so Samson's grandparent quotient increased by 30%. Plus, this particular safta likes to wear big, beautiful beads around her neck and wrists, which is a really effective way to make instant friends with a 5 month old. I predict a long and sparkly relationship. 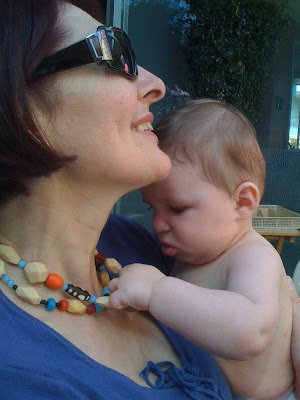 Meeting Auntie Mir! Yay!
Cold number two! Boo!
Finding new and exciting things to put in our mouths! Yay!
Starting to babble! Yay!
Mastering the back-to-front roll and getting very good at the front-to-back roll as well! Yay!
Going to the sushi boat restaurant! Perfect for a grabby baby! Yay!
Learning to ride in the baby swing! Yay!
First time sitting in the shopping cart! Yay! 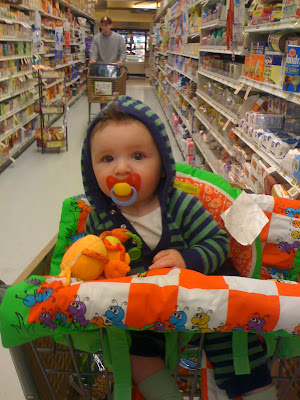 Let it be known that month six is the best month EVER.
Posted by Deborah at 11:45 AM