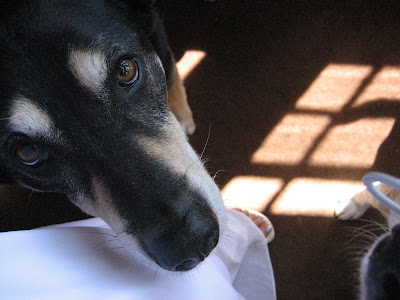 I'm still too overwhelmed to give a really good report of the wedding. We're back in Foster City and getting to see a lot of our out-of-town friends and family one last time before they return to their homes. And then there's all of the Ikea furniture that poor Max has to build. Poor, poor Max.

I'm expecting there to be 1,000 + pictures when all is said and done, so it will be a while before I get an album up on Picasa Web. I know, tortuous. I thought I'd post a few of the real good ones to tide you all over, but it's too hard to choose. But here's a photo of one of the best parts of the weekend: 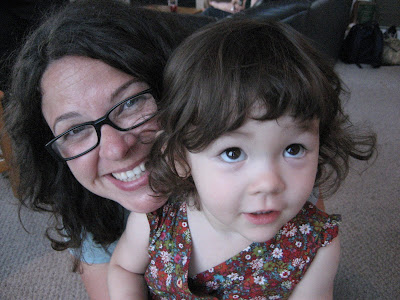 I'm still reeling from the whole thing. The weather was amazing, and it was a really terrific group of near and dear ones. Small enough to still be intimate, but big enough to be undoubtedly festive. We really got to use the whole 3 days to catch up and spend quality time with both friends and family. And even though we pretty much broke just about every rule the Sea Ranch has, it was a virtually stress free weekend and wedding. Which still totally amazes me.

The dogs were SO WELL BEHAVED, thanks in no small part to LDB and Heffe who spent a lot of time tiring them out with hikes and stick fetching in the ocean while Max and I meeted and greeted and went on our seemingly endless rounds. It was also a grand opportunity for everyone to meet Samson, by way of touching my belly and making baby talk to it (I'm not complaining--it was freaking awesome.). Samson liked it too, as evidenced by his kicking and movement pattern becoming totally ramped up over the weekend.

The ceremony itself went off utterly hitchless, and my hair looked so damn good thanks to MEH and her magic hands. I won't lie to you; tears were shed, although no vows were flubbed. And Ozzy decided that he would do his patented back-scratch-rolling maneuver in a nice patch of sunny grass, center stage of the chuppah, about half way through the ceremony. Which was, of course, totally freaking adorable.

Then there was the food. And the parties. And the BBQ. And the volleyball. And the beachy sunsets. This will definitely take a few installments.
Posted by Deborah at 1:02 PM

Labels: so much fun, wedding

dang thats a good picher of the dog. wait a minute...did i take that one? i mean, i swear i did.