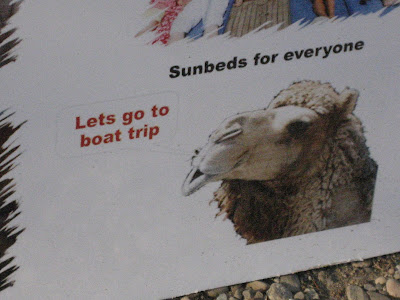 We had a wonderful week in Turkey, a great last hurrah as my days of living in Europe, and flying at all, come to an end. What? What's that you say? You want to see pictures? Well, I'll have to see what I can do about that. Let's start with 42 of the 143 pictures from the digital camera, and I'll follow up later this week with the 6 rolls of film from various Lomo, action samplers, and underwater cameras. Yikes!

Seeing our friends from Israel. Since none of them will be able to make it out to SF for the wedding in August, we invited everyone to join us in Bodrum for a pre-wedding celebration. Remember, these are the same people who engineered and produced the famous zombie engagement of 2005, so it was no surprise when they surprised us with a mock wedding on Friday night, complete with a rabbi, a priest, and Elvis. It was terrific--and good practice for the real thing! Only 74 days! 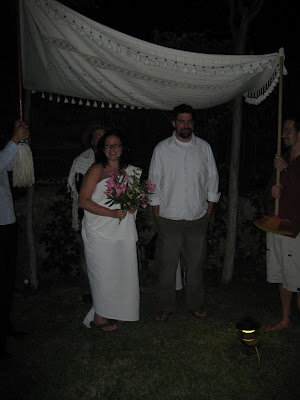 Boat trip on a Turkish Yacht. We spent all day Saturday cruising around the Aegean Sea, snorkeling, and soaking up the sun. It was my first time snorkeling and I had such a blast. The water wasn't the most tropical, most of the fish were pretty much sand and water colored with a few blue or orange guys swimming around. But between the snorkel mask and my contact lenses, I think it was the first time I've ever actually seen underwater. It's a whole new world, and I want to live in that world all the time. And then there was the ice cream boat at one of the snorkeling stops. Genius! 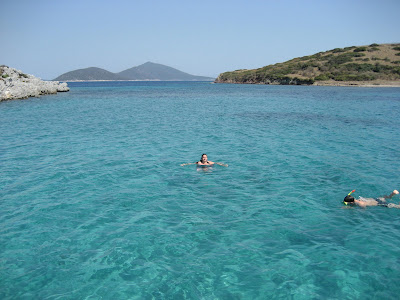 Turkey is also the land of meat on a stick. I've eaten enough kebabs in the last week to last 2 lifetimes. And the cherries! The had these really big, juicy cherries at our local fruit and veg market, plus every restaurant and mini market and grocery store has cherry juice--the ice cream vendors on the beach promenade even have cherry ice cream! I got my fill of my favorite fruit flavor in all of it's various forms. Delicious.

Then there was the Hamam (Turkish Bath). What a weirdly fun experience! We skipped the sauna portion of the bath on account of baby Samson, but the soap massage was out of this world and the oil massage was to die for. The whole thing was made even more hilarious by the super friendly Turkish guy in a skirt and a Beckham jersey who dried us off after the soap massage. What a surreal time that was.

It was hard to come back to Dublin, especially considering that the weather was crap yesterday, but it's kind of nice to be back. I'm in the home stretch now, only one more month until I go home. I'm starting to get bigger, and next week marks the half way point in my pregnancy, so it will be great to get back to the Bay Area and be able to start the next chapter of my life. As much fun as I've had living in Europe the past year, I'm ready to be somewhere that we can stay for a few years, to have the dogs and cats back in my life, to go back to the office, all that stuff. Not that the next year will bring anything resembling peace and quiet, I realize that. But it's going to be such a great thing to start our new family, and I can hardly wait. 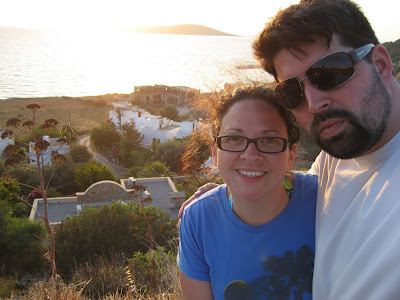 We want to go boat trip too.
Ozzy & Nanna