Ah, the Tea Cups. Disneyland's way of telling you that you've had too much popcorn, french fries, and/or cotton candy.

We really had a terrific time in Paris last weekend. Two fun-filled days in Euro Disney followed by two day filled to the brim with historicois touristicois. And you can see it all here and here! The weather was really cooperative inasmuch as we stayed mostly dry. 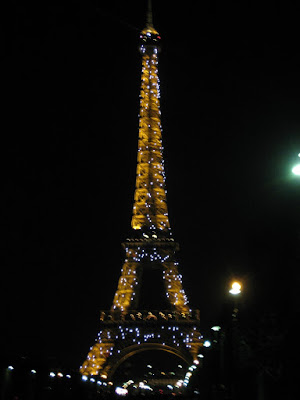 The don't call Paris the City of Lights for nothing! 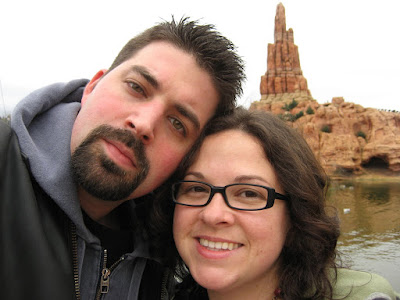 Euro Disney may be running a little low on the pixie dust and a little high on the whole French thing, but you can't beat it. From Space Mountain: Mission Deux to Aerosmith's Rock n' Rollercoaster, I had a big ol' goofy on my grin for 48 hours straight.

If they sold original flavor mouse ears at Euro Disney, which for some unknown reason they don't, I would have bought them this time.
Posted by Deborah at 9:08 AM