We went, we camped, we came home 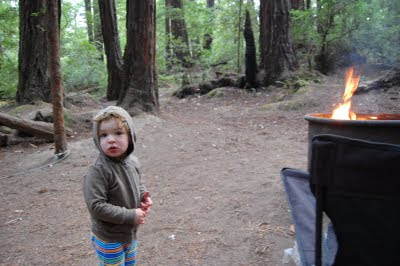 It already seems like years ago, but we took Samson camping last Friday. He did really well, as well as can be expected of a 21 month old spending his first night in a tent on the ground. He and Ozzy were so good and listened so well, I was really astonished. They played in the dirt and ate hot dogs and marshmallows and had a blast all around. Of course, asking Samson to sleep in the tent was like asking him to sleep in a bouncy house. He basically ran around in circles, waving my head lamp, for an hour or so. Finally, we all fell asleep, and we stayed that way for most of the night. Kiddo woke up a handful of times, screamed his ever lovin' head off, then fell back asleep. The weather was great, nearly every campsite had young children in it (which meant that Samson was not the only one who showed off his late night screaming skills, thank goodness), and we really enjoyed using my folks' old camp gear. When a camp stove that's older than your older brother still works without a hitch, you know you're in for a good night. 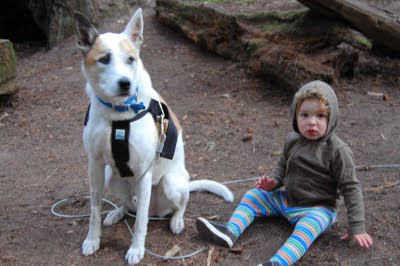